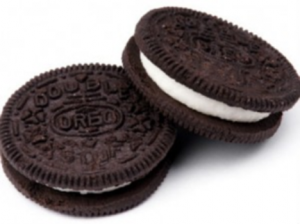 Research out of Connecticut University supports the theory that high-fat/high-sugar foods stimulate the brain in the same way that drugs do. Making them just as addictive.

“It may explain why some people can’t resist these foods despite the fact that they know they are bad for them.

We chose Oreos for this study  because they are America’s favourite cookie (and highly palatable to rats). Also because products containing high amounts of fat and sugar are heavily marketed. Particularly in communities with lower socioeconomic statuses.

We associate significant health hazards in taking addictive drugs like cocaine and morphine. High-fat/ high-sugar foods may present even more of a danger to the general population. Due to their accessibility and affordability.”

Furthermore, the researchers used immunohistochemistry to measure the expression of a protein called c-Fos. That is a marker of neuronal activation in the brain’s ‘pleasure center’. They found that the Oreos activated significantly MORE neurons than cocaine or morphine.

The study inadvertently highlights an important truth. Anything that provides pleasure (or relieves stress) can be addictive. The strength of which depends not only on the inherent power of the stimulus but also on the individual’s relationship with it. Which, in turn, depends on various factors including personality, circumstances, values, tastes, and preferences.

The reality of addiction lies not just in patterns of brain activity, but in the lived experience of the addict. So, if you consider yourself addicted to foods high in fat and sugar like Oreos, or any other consumable product, be aware.

In conclusion, your brain chemistry is making it difficult for you to stop. Therefore, you will need to make lifestyle changes that lessen your exposure or ease-of-access to those addictive unhealthy foods you simply can’t resist.