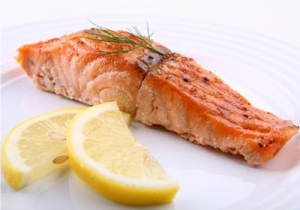 Vegetarians should be applauded for their efforts to follow a lifestyle that does not involve eating any animal products, especially the vegetarians that do it out of concern and protest to the often cruel ways in which humans treat animals.

Unfortunately many vegetarians make the mistake of thinking that their chosen way of life is healthier than their meat eating brethren. Nothing could be further from the truth.

Most vegetarians will defend their chosen way of life based on a number of unsupported and, frankly, completely incorrect claims.

Here are 6 common vegetarian myths that need to be busted…

Saturated Fat (found in meat) Causes Heart Disease. For decades the general population was lead to believe that saturated fat was the leading cause of heart disease. Naturally, many assumed that cutting out meat would prevent such a disease. However, a 2009 review in the American Journal of Clinical Nutrition analysed research from 21 studies with saturated fat intake from 350,000 people and found no association with heart disease. Similarly, many vegetarians believe there’s value in a meatless diet because it’s low in cholesterol. But we’ve known since 1937 that dietary cholesterol has very little effect on blood cholesterol.

All Meat Is The Same And All Fat Is The Same. One of the reasons red meat has been unfairly demonized is because there’s a tendency to group it together with processed meat. Meanwhile, any evidence linking red meat to an increase in heart disease, cancer, or mortality, finds no association with the unprocessed variety (i.e. raw meat that you cook yourself as opposed to the deli style hams that come in packets and sit on the shelf for weeks). And the same goes for fat. A 2004 study from the Harvard School of Public Health studied fat intake on the progression of atherosclerosis (heart disease), and found that the group eating the most Omega 6 polyunsaturated (found in abundance in nuts, seeds, and vegetable oils) had the worst outcome, and the group eating the highest amount of saturated fat and CLA (found in beef, coconut, and animal fats) reversed the atherosclerosis and lowered their risk of cancer.

Meat Causes Cancer Because It’s Acidic. The speculation that there’s an association between the pH (the degree in acidity) of our diet and cancer would depend on the foods we eat changing the pH of our blood and extracellular fluid, which is impossible! The pH level of the food you’re eating can alter the acid or alkaline measure of your urine, but can’t adjust the pH of your blood. Furthermore, cancer cells can grow in any environment, not just an acidic one, with most experiments showing growth at normal pH (7.4). This means it’s not the pH of the blood that promotes the cancer; it’s the cancer that promotes the acidic blood. Most importantly, even if an alkaline diet has produced impressive associations with better health and longevity, there’s no reason why a meat eater can’t consume ample amounts of fruits and vegetables and enjoy the same benefits. Vegetarians aren’t the only ones who eat vegetables and fruit. Meat eaters eat them too.

Vegetarians Are Healthier and Live Longer. The Seventh Day Adventists and Mormons are both very healthy groups that follow similar principles with respect to abstaining from smoking, drinking, and other unfavourable lifestyle choices. The only real difference between them being that The Seventh Day Adventists don’t eat any meat. The Mormon’s cancer and mortality rates compared to the U.S. average? 22% Lower Cancer Rate and 34% Lower Mortality Rate from Colon Cancer. Also worth noting, despite the Seventh Day Adventists’ low rate of colorectal cancer, they actually seem to be at a higher risk of other cancers – Hodgkin’s disease, malignant melanoma, brain, skin, uterine, prostate, endometrial, cervical, and ovarian cancer compared to the Mormons. Perhaps related to their lack of animal fat? Or maybe because of their over consumption of dangerous soy derived alternatives? Either way, there’s no reliable proof that vegetarians live any longer or bypass more disease than meat eaters, and opposing evidence is growing.

Meatless Diets Contain More Essential Nutrients. B12 deficiency is common among vegetarians as it can only be properly obtained from animal sourced foods. Moreover, hailed vegetarian sources of B12 such as sea vegetables and tempeh actually contain high levels of pseudo B12 (cobamide) that block the absorption of true B12. Vegan diets are also deficient in omega-3 fatty acids, which among other things, adds to the decline in cognitive ability. Plant foods only contain short chain omega-3’s (ALA), which have an extremely weak conversion rate to the long-chain essential fatty acids usable by humans (EPA and DHA). Compared to omnivores, vegetarians have approximately 30% less EPA and DHA and vegans 50-60% less. The other highly prominent deficiency for vegetarians is Iron. Heme (or ferrous) iron is the best available source for humans and is only absorbed from animal source foods. Plus, the vegetarian iron source (ferric or non-heme) is easily inhibited by other commonly consumed foods. Research suggests that the vegetarian diet can reduce iron absorption by more than 85%. This is largely because many of the foods that vegetarians rely on as a protein staple (grains and legumes) are high in anti nutrients that bind to minerals and prevent absorption.

Plant Based Proteins Are Healthy. When eating a part of a plant that’s important for its procreation (i.e. the seeds) we run into defence mechanisms which involve harmful toxins designed to damage and discourage us from future snacking. Two of the most common plant defences, lectins and phytates, are found in large amounts in grains, legumes, nuts and seeds. Phytase (or phytic acid) has been shown to reduce nutrient absorption, with magnesium, calcium, iron, zinc, and B12 being the most substantial. And lectins have the unique ability to bind to the cells of the gut and produce an inflammatory response. This results in disrupted nutrient uptake and an elevated risk of a more serious gastrointestinal condition.

It’s worse for those avoiding animal protein, as grains, beans, nuts, and seeds become their sole protein source. This not only leaves them deficient in essential nutrients because of a lack of animal protein and fat, but the excessive intake of phytates and lectins decreases the nutrient availability in their foods and damages the intestinal lining where nutrients are absorbed.

Vegetarians will try to avoid this with proper preparation procedures (sprouting, soaking, and boiling), but research tells us that lectins are resistant to heat, and only 50% of phytates are removed with an 18 hour soak (none are removed from soy). By eliminating animal products, vegetarians fail to nourish their body with the vitamins, minerals, essential fats and proteins they need to prosper. And as they continue to look to beans, grains, nuts and seeds to fill the gaps, their deficiency only grows in significance.

Unfortunately, vegetarians eliminate the most nutrient dense foods on the planet with no ability to make up for those nutrients elsewhere, leading to malnourishment, underdevelopment, poor immunity, and anaemia in their younger years, which can then become serious ill health and disease as they age.

Yes, some people may perform well without animal products, but they’d perform better if they included them. Animal sources are critical to our long-term health and should be recommended, not avoided or replaced.