Laurie’s Rant: Can You Trust The Media? 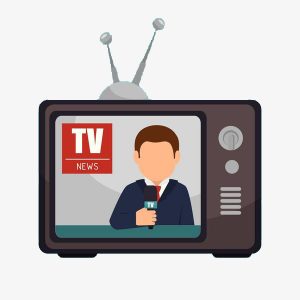 I don’t know why I watch TV. It angers me much more often than it entertains me…

A while ago on a channel 9 Sunday morning TV show, the presenters interviewed an American woman who had just written a book and was now promoting it on the international TV circuit.

Her whole book was about the fact that she used to be slim and fit, but now that she is fat and overweight she has never been happier or felt better. Her reasoning for this was that in order for her to maintain her slim and fit figure, she had to eat less than 1000 calories per day and run 60kms per week. Yep, SIXTY. (Needless to say, this kind of lifestyle was stressful, difficult, dangerous, unsustainable and stupid).

So, she packed it all in, started eating junk and stopped exercising. Not surprisingly, she piled on the fat. Now I don’t deprive anyone the freedom of deciding how to live their life but I am furious that this TV station willingly chose to interview and promote this delusional woman.

Not only is eating less than 1000 calories and running 60kms per week complete lunacy, it is THE EXACT OPPOSITE of what she should have been doing to achieve and easily maintain her healthy, slim and fit body.

And deep down I think she knows this. She just doesn’t have the will power to properly educate herself and put a sensible plan in place.

Nope, it was much easier for her to quit altogether, say that remaining slim and fit is impossible for the modern woman. Then she tried to make a quick buck by writing a book and convincing other confused and frustrated woman all over the world that there is no hope so they too should just give up and mistakenly believe that they are happier being fat.

And TV hosts all over the world are pandering to this woman’s insane preachings! Folks, this is so far from the truth it’s comical and it just goes to show that you can’t trust anything you see or hear on television.

Shame on you Channel 9, you actually made me choke on my breakfast that day.