Should You Skip Breakfast?

It can be easy to assume that skipping breakfast will lead to better fat-loss results. But the science is showing us otherwise. Compared to their breakfast-eating counterparts, those who skip breakfast tend to be overweight, eat more calories in total later in the day and are most likely to gravitate towards unhealthy sugary fat-laden foods to satisfy intense cravings. 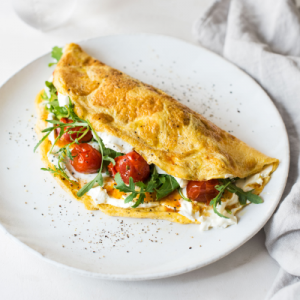 Researchers took a group of overweight women and divided them into 3 groups:

Not surprisingly, the breakfast skippers experienced more cravings later in the day and wound up overeating. The group that had 13 grams of protein experienced reduced cravings and were better able to control their food intake. But the group that had a higher protein breakfast (35 grams) had the best results, leading researchers to conclude that in the battle of belly fat, a breakfast with plenty of protein delivers the killer blow.

So, what is it specifically that gives a higher protein breakfast the advantage? Researchers believe it is the increased production of the neurotransmitter chemical dopamine, which controls our brain’s reward centre. This leads to greater satiety and less cravings, meaning better compliance to a healthy daily eating plan. Overweight people have been shown to have blunted dopamine responses and therefore rely on eating more unhealthy foods more frequently in order to elicit a typical ‘reward sensation’ from the brain.

Are you battling with stubborn fat and uncontrollable cravings? Wake up 10 minutes earlier each morning and make a protein filled breakfast a priority.