5 Ways to Prevent Your Food Being Turned Into Fat 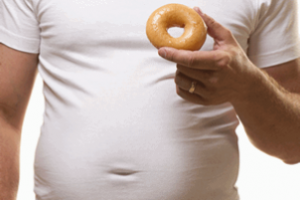 Insulin is a hormone released by the Pancreas in response to the types and amounts of foods we eat. Because of our modern Western diets, our Pancreases tend to pump out large doses of insulin on a frequent basis. Now, insulin can be your best friend or your worst enemy, or a bit of both.

It all depends on how sensitive your muscles are to the insulin you produce. Without optimal insulin sensitivity, the majority of the foods you eat (especially carbohydrates) will be quickly turned into fat, rather than used to build and repair that all important muscle tissue. So, here are 5 ways to help you prevent (or at least reduce the amount of) food being turned into fat.

Eating too many energy dense carbohydrates too often is a recipe for ill health and fat gain. If you plan to eat carbs such as breads, pastas, cereals, rice, cakes, sweets, sugar, anything grain/flour based, be sure to only eat them in the meal directly after intense exercise. Your muscles will be much more sensitive to the insulin produced and will soak up the carbs rather than them being stored as fat.

2. Change the order of the food you eat

If, for some strange reason, you can’t avoid eating energy dense carbs at other sedentary times of the day, be sure to eat all of the protein, vegetables and healthy fats in your meals first before you eat the carbs to at least slow down their absorption rate and lessen the inevitable damage.

3. Get your fish oil

The association between the intake of Omega 3 fatty acids (found in fish oil) and insulin sensitivity is so strong that taking fish oil is said to rival the effects of exercise on blood sugar levels. But when you combine frequent exercise with frequent fish oil supplementation (i.e. 3-5 servings per day), the beneficial effects are greatly compounded. Furthermore, fish oil not only improves your muscle’s insulin sensitivity, it also reduces the amount of insulin secreted by the Pancreas.

4. Pour vinegar on everything

Vinegar not only reduces insulin secretion in response to a carb-heavy meal, but it also improves insulin sensitivity. The acetic acid in vinegar can improve sensitivity by an impressive 34% and offers the same similar beneficial effects as the prescription drugs used in the treatment of Type II Diabetes.

Psyllium can lower post meal blood sugar levels by almost 20%. Take one teaspoon of Psyllium (such as Metamucil) with water twice per day. You’ll improve blood sugar levels as well as giving yourself bowel movements that you can set your watch to.