The New Medicine for Type 2 Diabetes 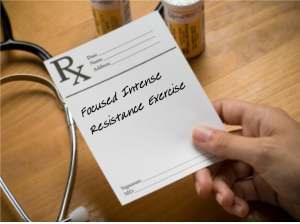 280 people develop Type 2 Diabetes every single day in Australia alone, that’s one every 5 minutes! Type 2 Diabetes cripples quality of life and shortens lifespan, it’s a condition many people don’t even know they have!

A 9 month study showed that folks who performed resistance exercise (3 times each week) saw initial improvements in their HbA1c markers. HbA1c is an important measure of a person’s average blood sugar over time, it indicates how at risk someone is of developing diabetes related complications including cardiovascular disease. However, the only groups in this extensive study to show continued improvement in HbA1c were those that included resistance exercise in their fitness training.

Want to keep the fat off?

The groups in this study that performed resistance exercise were the only ones to show a drop in fat mass. Those who performed only cardio exercise did not.

But here is the real eye opener…..

The control group (the group that received typical care and did not perform any physical activity), actually got worse! Typical care given to type 2 diabetics actually results in worsening of disease markers. In fact, the increase seen in HbA1c measures of the control group was so large that researchers were ordered to stop that portion of their study.

That’s right, if you have diabetes and follow the standard treatment of care given you will actually see a pretty rapid decline in your health. The decline is so great, as demonstrated in this study, that it is almost unethical for medical professionals to fail to recommend resistance exercise as part of treatment.

So just remember, F.I.R.E. workouts play a powerful role in disease prevention as well as helping you look great!