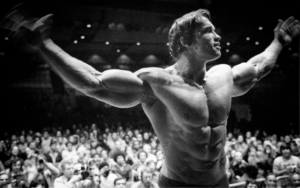 The fear of being bulky!

When I meet with someone to discuss the kind of results they’d like to achieve, I will always explain the benefits and importance of sensible and structured resistance training (i.e. lifting weights) for achieving long-term health, wellness and fat-loss.

Unfortunately, I am usually met with comments such as: “But I don’t want to look like Arnold Schwarzenneger! I think I just need to do cardio to tone up…”

The myth and perception that lifting weights will make people (especially women) big and bulky is still alive and strong. However, this couldn’t be further from the truth.

It’s frustrating to see that a lot of people still assume (and fear) that after just a few short weeks of lifting weights once or twice a week that they’ll magically wake up one morning looking like the incredible hulk and will be shunned by their loved ones because of their bulky freakish appearance.

Folks, building muscle is one of the most difficult, painstakingly slow and fickle things you could ever possibly do. There are so many different physiological factors that  determine whether you even have the possibility to build muscle. Rather than worrying about whether you are building to much, the real concern is whether you are able to even just repair the muscle you already have so that it doesn’t completely waste away as you age. (Which is THE major cause of fat-gain, illness, rapid aging and premature death.)

Arnold Schwarzenneger lifted weights 5-6 days per week (sometimes twice per day), ate double the amount of food that a normal person would eat and also took anabolic steroids. Even so, it still took him well over a decade to build the body he is so well known for.

If you are over the age of 30 and only lift weights 2-3 times per week whilst trying to also juggle your family/career/home/financial commitments, your risk of getting ‘big and bulky’ is non-existent… especially if you are female (you simply don’t have the hormones for it). So, lift some weights and rest easy that you’ll never be able to give Arnold a run for his money.