The Importance Of Adding Muscle As You Age 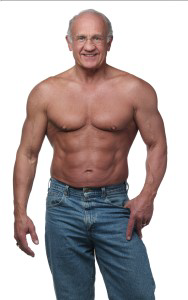 The New Key to Health and Longevity

Researchers at the University of Medicine at UCLA have stated that;

How much muscle you have is significantly more important than how much fat is on your body.

The researchers followed 3,659 men and women for six years. They were interested in how much their muscle mass affected their longevity. They checked each person’s muscle mass using a bio-impedance measurement.

This is a simple, inexpensive, and remarkably accurate technology which we also use here at the studio. All of the participants were 50 years or older. They made sure to exclude anyone who was undernourished or who died within the first two years. This was to make sure that all of them were disease free at the start of the experiment.

The results are going to make you think twice about missing that next trip to the gym.

So if you are a man or woman over (or rapidly approaching) the age of 50 and are worried about your health and longevity because you are carrying some excess fat, it may be time to rethink your priorities.

What really matters is how much muscle you have under that fat. So, if you haven’t already, start working on it!

Of course, we recommend that you get us to help you with this so that we can make sure you do it safely and effectively in order to achieve great results, avoid injury and not waste your time and money. (Too many people try to ‘D.I.Y.’ when it comes to resistance training and get it completely wrong.)

Suppose I were to tell you about a new supplement that could decrease your chance of dying over the next six years by 20%. My guess is you would be rushing to buy it. But resistance training is not like a supplement.

You can’t just pop a pill to replace resistance training. You need to actually put in the time and effort to lift weights on a regular basis in the correct manner and at the right intensity.

Yes, it may be a bit uncomfortable and yes you will need to put some time aside each week. But if you really want to be around for as long as possible so that you can enjoy life and spend more time with your loved ones, you need do it.