Vitamin D: The Next Big Vitamin 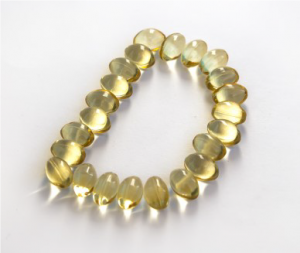 Vitamin D has been making waves in the athletic community since at least 1927 due to improvements in muscle strength and endurance, but it’s also becoming a hot topic in another field: life extension. Add to this some evidence that it could help with fat loss and strength gains and you just might have… THE next big vitamin.

Sadly, the majority of people in the general population are dangerously deficient.

The New England Journal of Medicine recently warned that the number of diseases associated with this deficiency is growing.

And who’s deficient? Most people, the studies seem to be saying, including otherwise nutrition conscious exercisers and gym-goers.

In one mind blowing study using population data, researchers found that total mortality was 26% higher in those with the lowest D levels compared with the highest.

That means quite simply this: Vitamin D supplementation prolongs life.

According to the Vitamin D Council, current research has implicated the deficiency as a major factor in the pathology of at least 17 varieties of cancer.

Parkinson’s and Alzheimer’s sufferers have been found to have lower levels of Vitamin D. Low levels may also contribute to “syndrome X” with associated hypertension, obesity, diabetes, and heart disease.

Administration of dietary Vitamin D has been shown to lower blood pressure and restore insulin sensitivity, therefore helping to protect against both Type I and Type II diabetes.

In one study, excess body fat came off faster when plenty of Vitamin D was present, but it also came off the abdominal area.

The icing on the cake? The same Vitamin D supplemented subjects retained muscle mass while losing the fat. They also lost their sugar cravings and saw a normalisation in blood sugar levels.

So how can you increase your intake?

Unfortunately, this is difficult to do through food alone. Yes, there are plenty of fortified foods available, but these are often foods we need to avoid as they may lead to fat gain and insulin resistance if consumed at the wrong times.

Therefore, most health experts are recommending the average person supplements their diet with 2000 – 4000mg of Vitamin D3 daily in order to reap the benefits of this wonderful and powerful vitamin.

It’s also important that you get at least 10-30 minutes of unobstructed (i.e. no sun cream, clothing or glass) sun exposure two to three times per week as sunlight is a key factor in Vitamin D production in the body.